Spirit Energy Norge AS, operator of production licence 852, has concluded the drilling of wildcat well 7322/7-1. The well is dry.
The well was drilled about 120 km north of the Johan Castberg field in the Barents Sea and 310 km north of Hammerfest.
The objective of the well was to prove reservoirs and petroleum in Lower Cretaceous rocks in the Kolje formation. No reservoir rocks were encountered in the Kolje formation. The well is dry.
Data acquisition and sampling have been carried out.
This is the first exploration well in production licence 852, which was awarded in the 23rd Round in 2016.
Well 7322/7-1 was drilled to a vertical depth of 767 metres below the sea surface, and was terminated in an unspecified formation in the Adventdal group from the Early Cretaceous.
Full press release 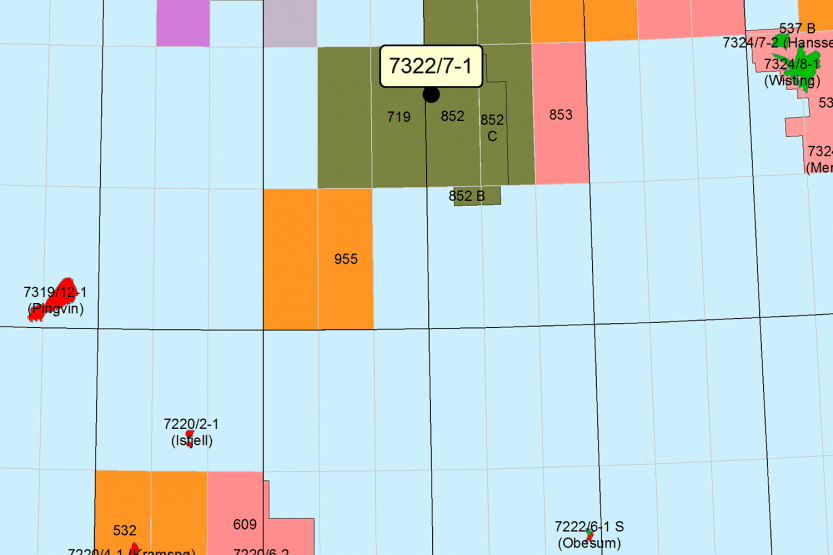