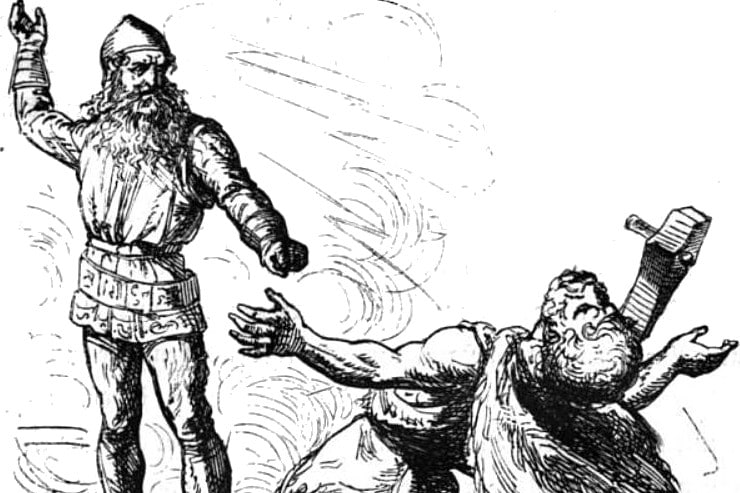 In November 2018, Faroe Petroleum made a technical discovery in the Rungne well. Stuart Lawson showed pre- and post-drill evaluations on Exploration Revived.

Well 30/6-30 (read also “Faroe with technical discovery”) was drilled in PL 825 in the Northern Norwegian North Sea north of the Oseberg field.

The target of the well was the Oseberg formation and the Brent Group. The source rock in the area is the prolific Draupne formation. The Rungne prospect is an amplitude supported closure updip of the 30/6-11 well. 30/6-11 had good water-wet Oseberg sands and shows/some HC saturation in the Brent group. The depth-conformant amplitudes at the base reservoir in Rungne were interpreted as a DHI.

The key risk pre-drill was the fault seal effectiveness.

The well encountered 56 m gross (17 m net) gas/condensate column in the secondary target, the Middle Jurassic Ness formation in a gas down to situation. The reservoir properties are good with a net-to-gross of 0,35 and porosities up to 22%. The reservoir consists of 3 separate sandstone layers which are not in pressure communication.

The primary target of the Oseberg formation was found water-wet. The Etive formation is in pressure communication with the Oseberg Formation and on the water gradient. The Oseberg sandstone is 86m thick with very good reservoir properties and average porosity of 20%.

According to Lawson the reason for failure was most likely the fault seal, which was pre-drill regarded as the highest risk. High gas readings while drilling and shows on cores in the Oseberg formation are evidence of hydrocarbon charge into the reservoir. The DHI was probably caused by low saturation gas.

The estimated resources of 3 to 17 mmboe in Rungne are too small to be developed.

Faroe considers the updip potential in the Oseberg formation and the upside with a potential deeper contact in the Brent Group as sub-commercial and will not further appraise the discovery.