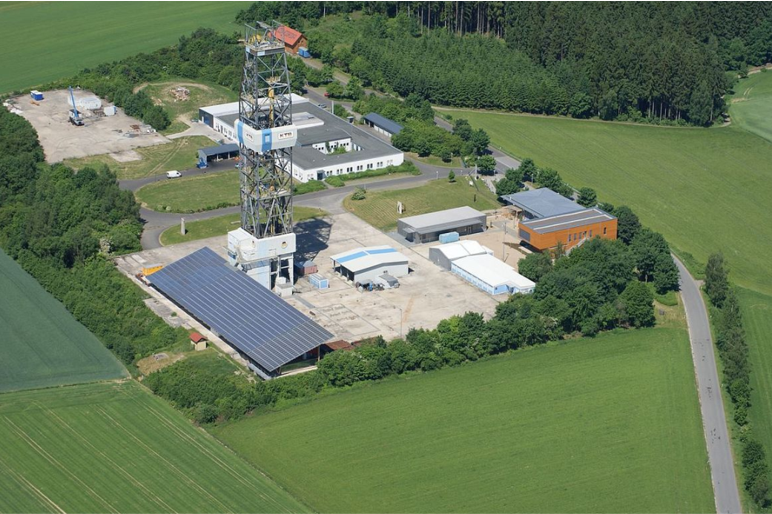 The well that took 1468 days of drilling to reach TD

Germany’s deepest well ever drilled represents a project that isn’t short of superlatives.

Last week, we reported on the deepest well drilled in the UKCS (6368 m TVDSS). The week before it was the equivalent in the Dutch sector (6002 m TVD), with the deepest borehole in Belgium (5648 m) starting this mini-series.

In Germany, the deepest well ever drilled was only at around two-thirds of its total depth of 9101 m when the seriously deep wells in the Netherlands, Belgium and the UK had already been completed.

That came at a cost. The “Kontinentales Tiefbohrprogramm der Bundesrepublik Deutschland” or KTB is estimated to have swallowed ~ 350,000,000 USD, with more than 700 scientists and technicians working on it over a period of about twelve years (1987-1995).

It is not a surprise that the KTB borehole was never planned to be a “conventional” hydrocarbon exploration well. Instead, it was a project that had to present a significant German contribution towards the understanding of the continental crust, stress fields, crustal fluids and its thermal structure. 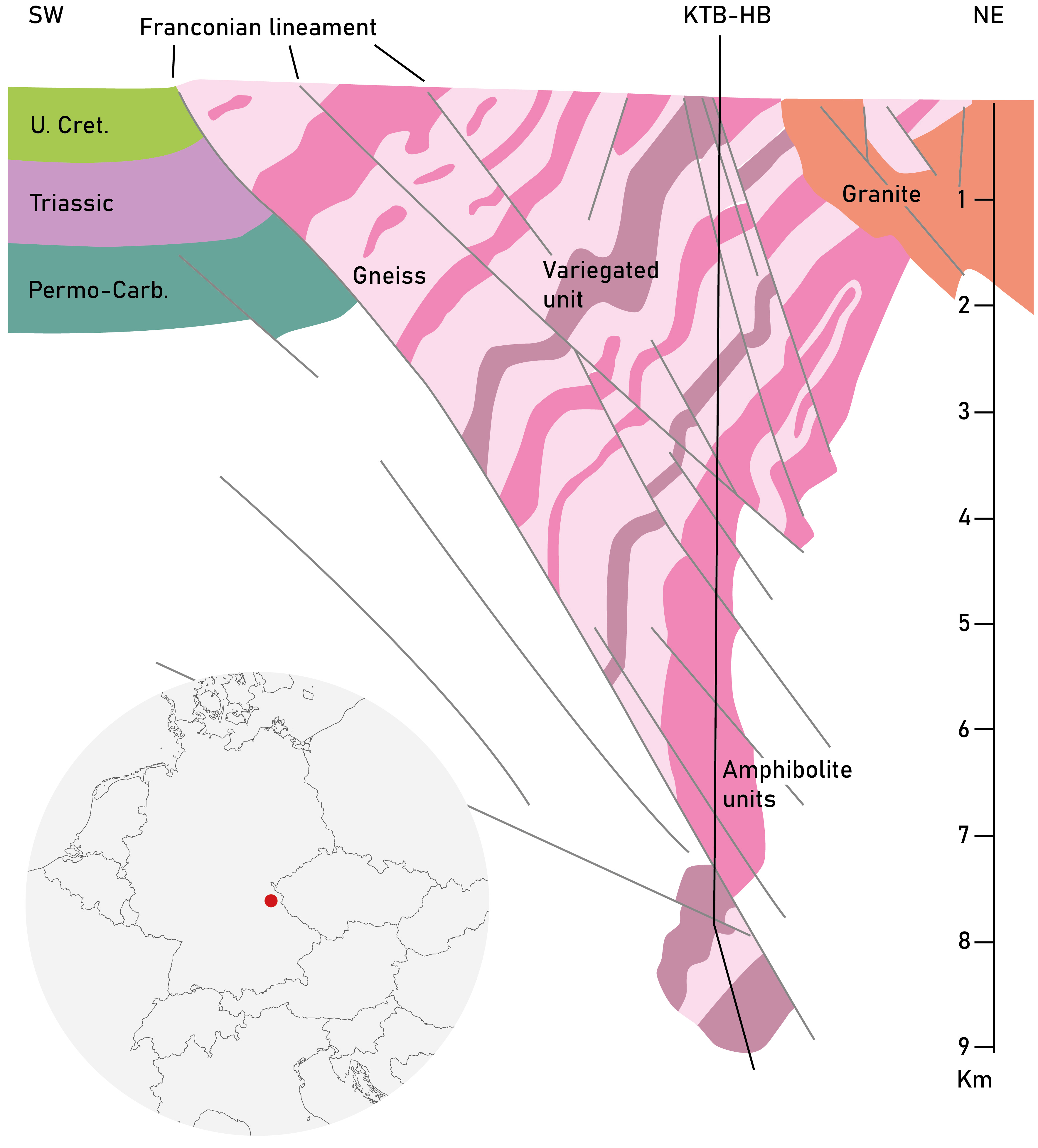 Geological cross-section through the area of the KTB borehole in eastern Germany. Redrawn after figure 4 in Emmermann & Lauterjung (1997).

Selection a drill site was a major undertaking already. It took a couple of years and several major conferences to finally land on a site in the Oberpfalz in eastern Germany. It was the expected lower geothermal gradient – and the associated possibility to drill deeper – that finally made this site to be the preferred option over the second candidate in the Black Forest in southwest Germany.

The geology of the area in eastern Germany where the KTB well was drilled can be very briefly described as a relatively young crust (<500 Ma, which set it apart from the area where the Russians were drilling the famous Kola well). Repeatedly involved in major tectonic phases such as the Variscan Orogeny in Devonian-Carboniferous times and subsequent collapse of the orogen and associated magmatic events, the area consists of a very diverse mix of lithologies that are steeply dipping toward the southwest (see cross-section above).

One of the main scientific achievements of the borehole is that it drilled the brittle-ductile transition. This could be concluded based on the lack of induced microearthquakes below a depth of 9 km. Above this depth, only small stress increases were required to induce failure of the rock and generate hundreds of induced seismic micro-events, but this stopped below around 9 km.

An interesting observation, also in the light of current interest in deep geothermal systems, is the finding that even at great depths there is evidence of high interconnectedness through the existence of fractures and faults. This was shown through pumping tests between the pilot hole (drilled to 4000 m) and the deep well, which are separated by a couple of hundreds of meters. Also, pressure measurements showed that a near hydrostatic pressure regime exists near TD, further suggesting sufficient levels of fluid flow to equilibrate pressure differences.

The KTB drill site was ultimately chosen because of an expected low geothermal gradient, which would allow deeper drilling. However, when the pilot hole was completed, it was realised that temperatures were higher than expected. A major lesson from this was that extrapolation of near-surface heat flow data is a tricky exercise and that there is still an effect of the last ice-age on the thermal structure of the upper 1500 m of the crust.

This article is obviously too short to detail all scientific achievements of this major drilling project. Most of the content was derived from an excellent and much more extensive summary paper that can be found here.

Once travelling is possible again, it may also be worth visiting the local museum that tells the story about the borehole in great detail.