In an article published on the Energy Watch website this week, it was announced that the Danish government considers to pipe CO2 abroad if this is more economic than realising a domestic injection and storage project.

This comes a week after Wintershall DEA and Ineos made public that a milestone had been reached with regards to their CO2 storage project in the Nini West field, part of the Paleocene complex of Siri Canyon fields.

According to the website, the Danes have already started discussions with the Norwegians and the Dutch to find out what their price tag would be to store an initial 500,000 tonnes of CO2 in 2025.

As a comparison, in 2016 the country of Denmark emitted 38,000,000 tonnes of CO2, so a pilot project of the size as mentioned above would result in just slightly more than 1% of emissions being captured.

Irish company Providence has secured a farm out deal with Norway-based SpotOn this week. The deal will come with a payment of EUR139m from SpotOn in return for half of the field’s future production. If the plan goes ahead and first oil is going to be produced in 2022, this may be the last oil field development in Ireland following a government ban on oil exploration. 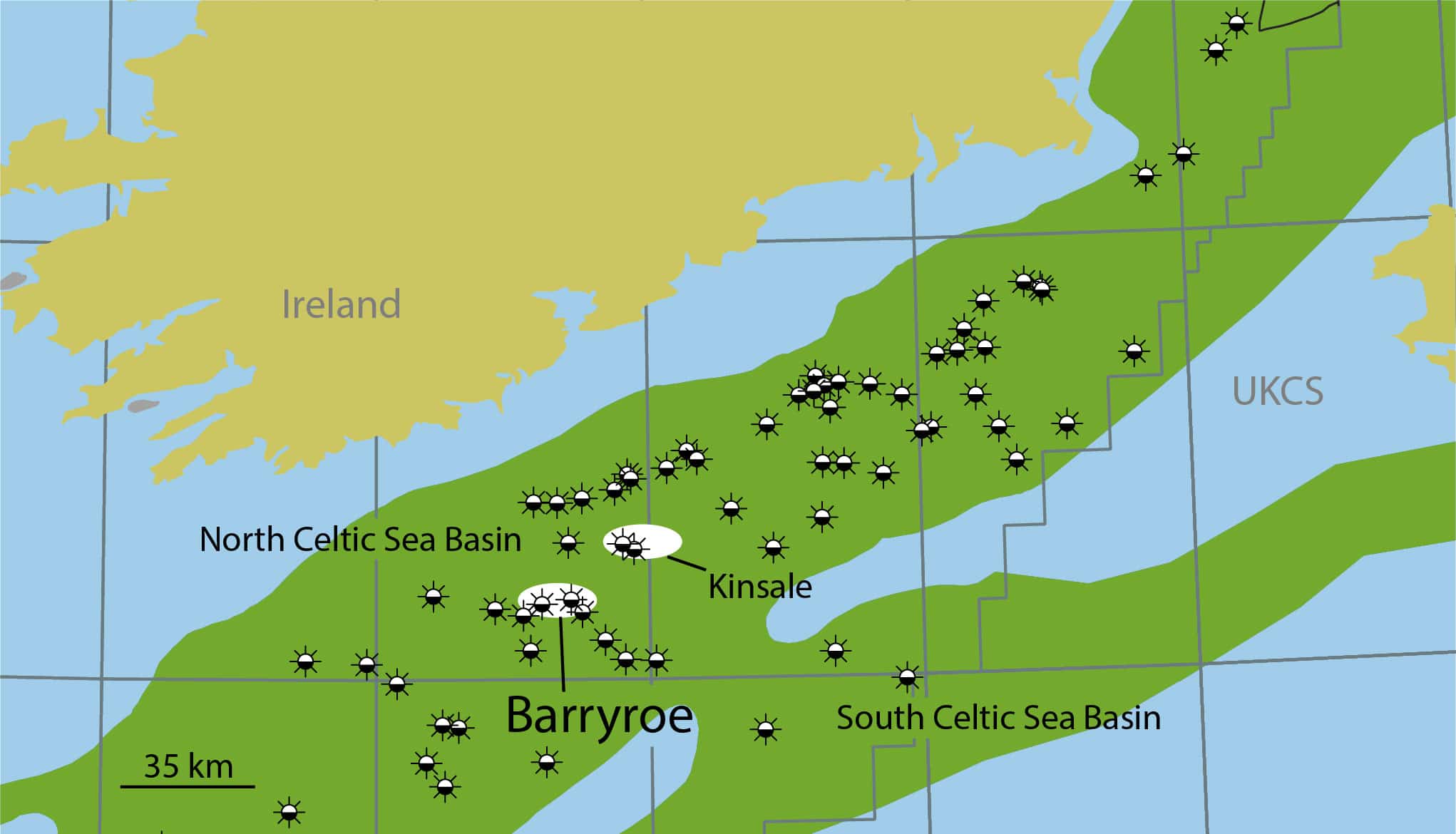 Barryroe field south of the mainland of Ireland in the Celtic Sea.

It took a holiday to find Ekofisk

Did you know that the discovery of the Ekofisk field has its origin at a holiday taken by Phillips Petroleum’s vice chair in the Groningen area of the Netherlands? Paul Endacott must have seen rigs drilling appraisal wells for the Groningen field, and although he did not realise the cheer size of what was found, it made him persuade his employer to start looking for hydrocarbons in the North Sea. This ultimately led to Phillips applying for the first offshore licence in Norwegian waters.

The new website of the Norwegian Oil Museum is packed with this type of interesting historical anecdotes, geology, engineering facts and more, focused on a few key fields in the Norwegian sector. It’s well worth a browse.

ConocoPhillips and partners in the Tor Unit have started production from Tor II. The Tor II project is a redevelopment of the Tor field, which was on production from 1978 through to 2015.

It is the first redevelopment of a shut-in field on the Norwegian Continental Shelf, and start-up is only 12 months after the approval of the PDO by the Norwegian authorities. The Tor II project is one of several development opportunities in the Greater Ekofisk Area that enable continued efficient operations towards 2050.

Seven production wells are planned to be drilled in the Tor formation. In addition, a pilot well is planned to test long-term productivity in the Ekofisk formation. Resource potential for the Tor II project is in the range of 60-70 million barrels of oil equivalent. Two wells are now producing, and the remaining wells will consecutively be put on production the coming months.

The FORCE structural geology group is offering 3 talks on salt tectonics, all to be held on Wednesday 9th December. All talks are 20 minutes long with 5 minutes allowed for questions. There will be talks from Olly Duffy from the University of Texas at Austin, Christopher Jackson, Imperial College London and Gabriela Salomao-Martins, Imperial College London. See this link for more information and registration.

On Wednesday this week journalist Remco de Boer, who focuses on energy supply and transition in the Netherlands, interviewed NAM boss Johan Atema. Unsurprisingly, the discussion focused on the end of production of the Groningen field, but Atema also provided some other observations.

For example, he stated that the Netherlands offers the least attractive conditions when it comes to exploration in the North Sea, worse than the UK and Norway. However, the government is currently debating whether or not to increase a tax break from 25 to 40%, which may incentivise exploration again.

Atema also sounded positive about the exploration potential of the Dutch offshore, given that NAM turned to the North Sea quite late because of the luxury of having the giant Groningen field. This vision, albeit positive, does seem to clash with the phrase a seasoned geologist from Total once spoke: “The Netherlands is creamed, very creamed.”

With that, I wish you a good weekend,