The aquisition means an increased resource potential of 100 MM boe for Aker BP.

The aquisition means an increased resource potential of 100 MM boe for Aker BP.

Aker BP has entered into an agreement with Equinor Energy to acquire its 77.8 percent interest in the King Lear gas/condensate discovery in the Norwegian North Sea for a cash consideration of USD 250 million.

King Lear is a gas/condensate discovery that was made in 1989 in blocks PL 146 and PL 333 in the Ekofisk area of the NCS. Net recoverable resources are 77 million barrels of oil equivalent, according to Equinor.

“The King Lear discovery is one of the largest undeveloped discoveries on the Norwegian Continental Shelf, and represents an excellent opportunity for Aker BP. Our goal is to develop King Lear as a satellite to Ula. This will improve the capacity utilization at the Ula facilities and provide significant additional volumes of injection gas to support increased oil recovery from the Ula field,” says Karl Johnny Hersvik, CEO of Aker BP.

Net recoverable resources in the King Lear discovery are estimated to 77 million barrels oil equivalents (“mmboe”) according to data from the Norwegian Petroleum Directorate. When including the increased oil recovery potential from Ula, Aker BP estimates a total resource addition of more than 100 mmboe net to the company.

“This transaction is a further example of our strategy of capturing value from active portfolio management through the oil price cycles. We are divesting a low-priority asset in our NCS portfolio to a buyer who sees higher value. By doing so we unlock capital for investment in projects that offer higher returns for Equinor,” says Jez Averty, senior vice president for operations in the southern North Sea. 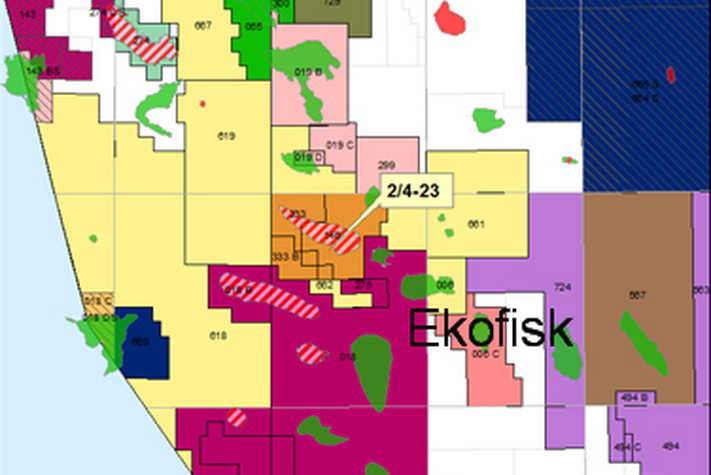 The King Lear discovery is within Jurassic sandtones northwest of Ekofisk.